The Leela Palaces, Hotels and Resorts is one of the biggest and most celebrated indigenous group of hotels in India. The Leela Ambience Gurgaon is located at the Delhi-Gurgaon border. The hotel is part of a lifestyle complex, offering guestrooms, suites, and Leela Residences. The restaurants and lounges offer innovative cuisines from across the world. The Leela Residences, the luxury serviced apartments, redefine comforts of modern convenient living outside of a hotel room, but with all hotel luxuries.

Digital creatives for promotion of the event and celebration of the employees and the most successful year for The Leela Ambience Gurgaon.

The campaign ended with an amazing success party for the employees of LACH.

Hero MotoCorp is a worldwide known brand. In 2001, Hero achieved the coveted position of being the largest two-wheeler manufacturing company in India and also, the ‘World No.1’ two-wheeler company in terms of unit volume sales in a calendar year. Hero MotoCorp Ltd. continues to maintain this position to date.

A broad marketing campaign for multiple dealerships of Hero, specifically designed to reach every last person of the tier 3 population to create awareness, generate engagement, and leads.

One of the biggest contributors to Hero’s success is the tier 3 sector of India, to whom the affordable yet quality bikes and scooters cater the most. The type of content that the tier 3 audience consumes is very different from the content that is favored by the top tiers. Also, in tier 3 towns the local automobile dealer is a local brand in itself.

Hero conducts the sales for its products through dealerships, and usually, there’s a dealership for specific towns and small cities. Through “hyper-local marketing”, the process of targeting prospective customers in a highly specific, geographically restricted area, sometimes just a few blocks or streets, each dealership can target its own small radius of the audience through Facebook ads.

With a calculated budget of 6,000 per dealership, we generate vernacular content for 18 dealerships of Hero and run area and demographic-specific ads on Facebook. The response to all the engagement on Facebook is immediate and personalized replies in the local language the audience feels comfortable communicating in and not just automated replies for all.

Through hyperlocal marketing, the brand equity for each dealership was increased and so was their reach in the area. From June 2019 – June 2020, the total engagement on Facebook was about 2 million. At least 4 bikes and/or scooters are sold by every dealership per month which results in a revenue of 2.3L to 2.5L per month.

Adda52 “Where India Plays Poker” is an Indian gaming website. It’s known for its poker and other online card games. Adda52 is considered to be one of the leading gaming websites in India. The website is owned by Gaussian Networks Pvt. Ltd (part of Delta Corp – only gaming company in India listed on both BSE & NSE).

Adda52 had a TVC campaign coming up with Chris Gayle and the goal was to create “pre-launch hype” for the same.

To penetrate into the user mind with a strong brand recall even before tv ad was launched.

A widespread digital campaign for pre-launch curiosity creation among the fans, with a goal to increase the curiosity among the users about the campaign hook which was “cosmic egg”.

The trending topics at the time were Avengers Endgame and Game of Thrones, so we created digital creatives and gifs surrounding that.

The gifs got a lot of attention and engagement, with individual posts getting around 90,000 views and 50,000 reactions. The campaign turned out to be a huge success with established media channels like Quint and Afqas talking about it. 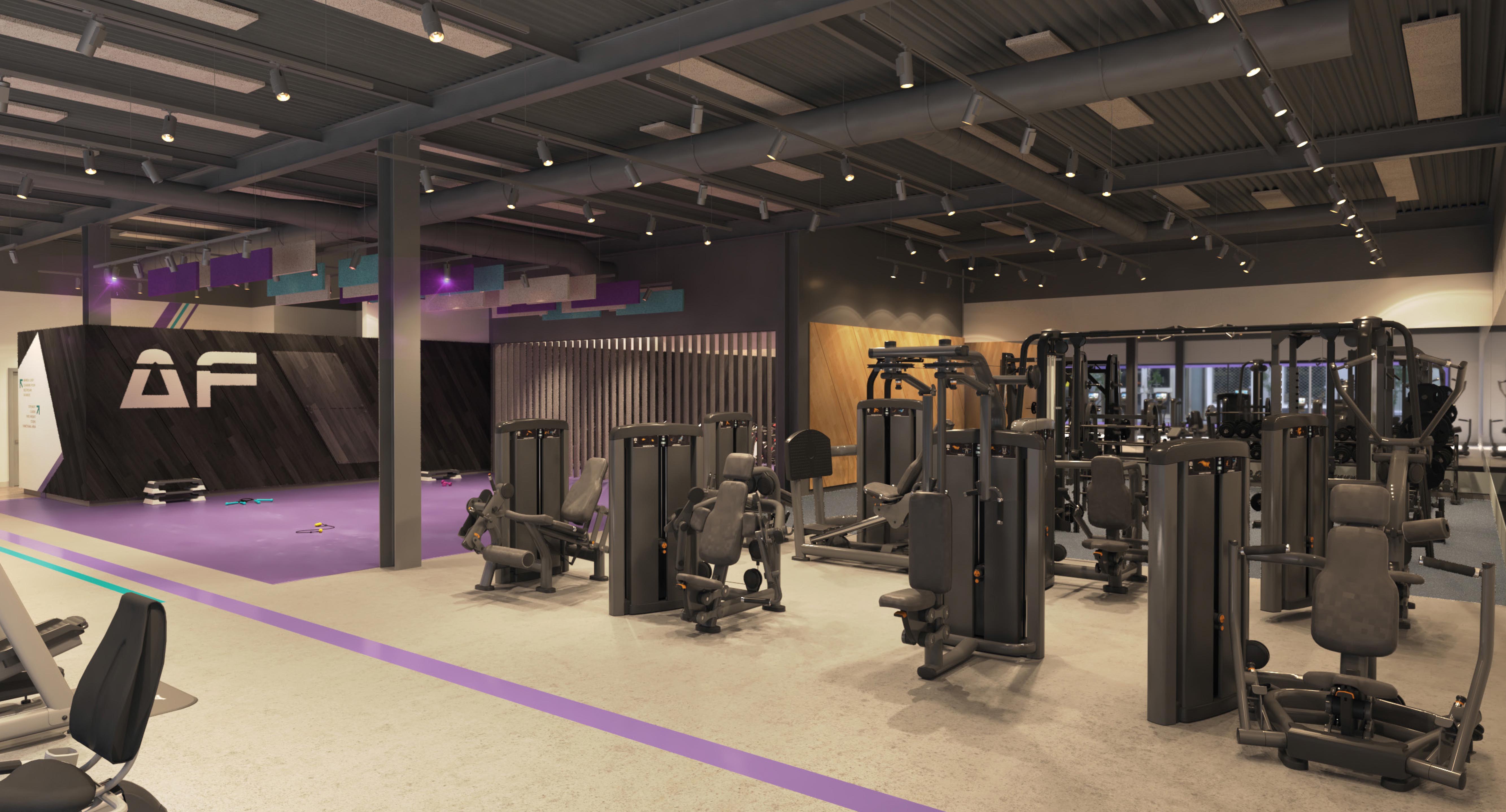 Anytime Fitness is a 24-hour health and fitness club headquartered in Woodbury, Minnesota. The company operates over 4,000 franchised locations in 50 countries. According to Forbes, Anytime Fitness was the fastest growing health club franchise in 2014. In 2015, Entrepreneur Magazine ranked Anytime Fitness first on its global franchise list.

Increase regular member engagement on social media platforms and encourage members to take a step ahead in building a better relationship with the brand.

Usually, all the events, digital or not, are based around fitness challenges (Dance, Zumba, Yoga) which started to become monotonous for the members.

A photography contest, “Your Click Counts” where members have to take a picture with the Anytime Fitness logo in the background, and show their creativity through emotions in the gym, equipment usage, interior, exterior, etc, with a prize for the top 10 entries.

More than 180 participants from different locations in India submitted their entries out of which the best 10 were selected and rewarded. Overall social media engagement increased by 22% during this event. Other than that, the event resulted in:

Apollo Pharmacy started in 1987, is a part of Apollo Hospitals – Asia’s largest healthcare group. It is India’s first and largest branded pharmacy network, with over 3000 plus outlets in key locations.

“Content modernization” to create a “100% digital learning portal” for the new joining members in Apollo pharmacies.

Traditionally Apollo Pharmacies trained their new members through face-to-face interactions and presentation-based schools like teaching models and the content was not suitable for self-digital learning.

Redesign the old content present in the form of PPTs and PDFs into a fresh easy to understand all format.

All the outdated content which would result in a bad learning experience was redesigned into a fresh format with a highly updated user experience. Readability and visibility of the content were kept as a prime focus.

The user’s digital learning experience was of prime importance and a lot of visual aid was made a part of the content. Fresh images, videos, and animated videos to make topics easy to understand were created and used.

“Content localization” was also done. All the content was made in 3 different languages (Hindi, English, and Telegu) with a high focus on making medical terminologies easily understandable.

HOW IS THAT FOR A SUCCESSFUL HYPE CREATION?

“The value is always in the eye of the beholder. What is worthless to one person may be very important to someone else”- So too is hype.

So for a better understanding, I will divide hype into two broad categories:

The hype that always converts and hype that rarely will.

We’ve all been exposed to these hype creation Social Media campaign. For example, we’re constantly pounded by hype modifiers screaming: sale, cheapest, fastest, effortless, exceptional, special, wide-ranging… and so forth. Which attracts people and grab their eyeballs.

And sometimes, the ever obligatory and tired: “your income will rise instantly” or “Wash away fat and Years of Age”.

Of course, these examples stand out as hype–primarily because they’re easily recognized as less than believable, factual or arguable. And are, therefore, quickly discounted and ignored by most people.

But in the 21st century, if these words help people in selling their services or products, there is nothing wrong if indeed there is a positive thought behind it.

Where we run into problems though–and where hype gets a bad reputation is when hype stands by itself–naked and exposed to consumer scepticism.

Our experience with Hype Creation

As a part of Adda 52 TVC campaign with Chris Gayle. We partnered with them to create the pre-launch buzz on social media platforms.

To determine what type of strategy we should follow we asked about their influencer strategy and used a set of criteria’s.

We looked at the following:

Alright, buckle up. Let’s dive in!

This social media campaign is a pre-launch curiosity creation among the fans, it’s a campaign whose goal is to increase the curiosity among the users about how to use your brain better in the poker game. We made digital creatives andGIFs  around the trending topics like:

The basic idea was to engage the audience in these gimmicks created with the help of these posts. Which ultimately going to help in increasing the following base of Adda 52.

As for the conclusion, the campaign was a success as we can see huge media channels talked about it on their blogs like Quint and Afaqs.

So the bottom line is when you finally do present your hype–you should keep in mind that your Ad Campaign should not be mistaken for a wrong kind of hype.

But rather it will be seen as an illustrative and precise statement of the easily perceived and the undeniable hype of the good kind. If executed skillfully, your hype will also have the added benefit of becoming a brand wagon.

And that’s the best hype of all–when your customer agrees with, acts upon, and even advocates on behalf of you.

Our consultative approach to digital marketing finds only the best-suited aspects to be ventured into for yours business.